The Flora and Fauna of the Boatyard and Marina

October 16, 2021
You might think with a title like that, I'm going to show you a bunch of fish and some seaweed, but not so!

We have come across a number of various critters and plants here - let me show you some: 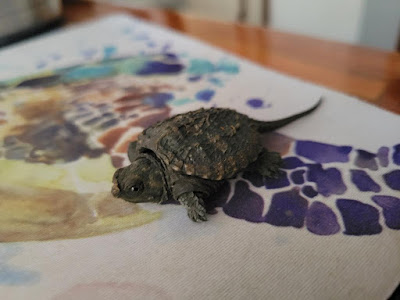 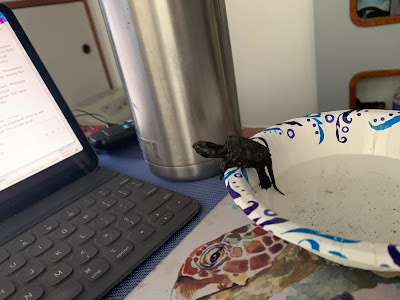 This is a baby snapping turtle we found beneath the boat. He was very cold and still. We brought him in and warmed him up, gave him a bowl of water, and soon, there he (or she - who knows?!?!) was climbing out of the bowl and moving faster than I thought he could across the table. I just barely caught him before he fell off! So that's when we knew it was ok to take him back outside. While I was carrying him down the ladder, he was pushing and kicking surprisingly hard and I nearly lost hold of him. Then I took him over to the side of the little creek and set him down. He immediately scurried into the creek and swam right in, managing to startle two different little frogs who quickly scurried out of his way. Go safe little turtle dude! 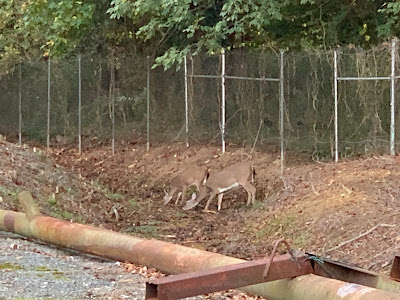 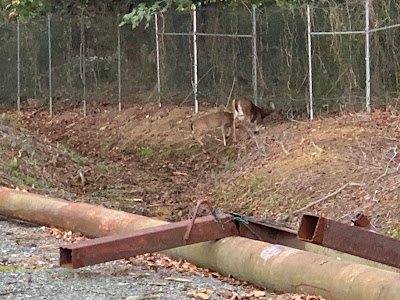 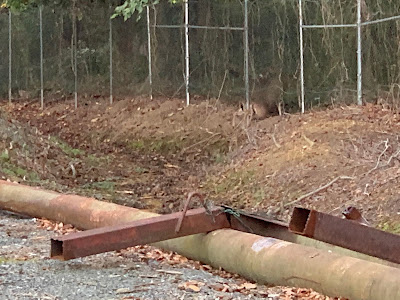 Thursday evening as I was relaxing for a bit after sorting through and moving a whole bunch of boat stuff, I saw these deer down at the little creek getting some water. It was fascinating watching them go right down on their bellies to crawl under the fence to get to and from the water and back into the woods. This group was the first. About five minutes later a much larger group came down. At one point I think there were about eight of them climbing under the fence. 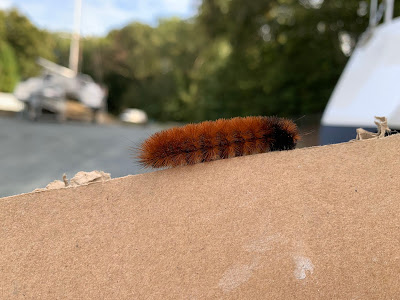 Here's a fuzzy little caterpillar I found crawling around under the boat. I have no idea what it is or if it predicts anything about winter, I just took it over to the trees and put it in them. 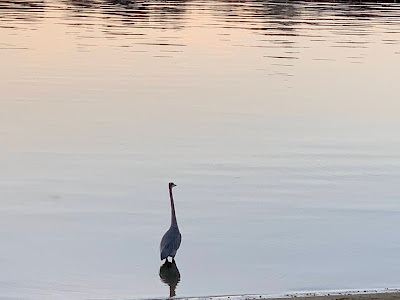 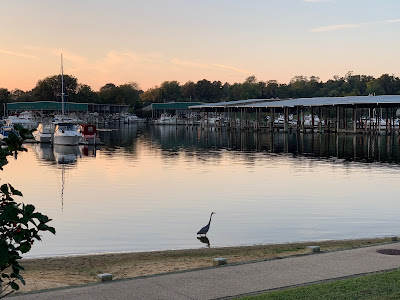 Here's a blue heron hanging around in the shallows. We see a lot of these, along with ducks, always hanging around the marina. We see even more of their 'leavings' all along the docks - LOL! 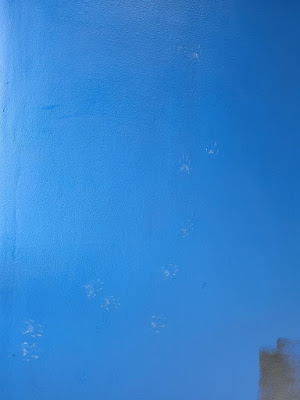 Speaking about leavings, we found these leavings on our freshly painted (first coat of anti-foul paint) dagger boards the other morning. They are faint but if you look close, you'll see what we think are raccoon tracks. 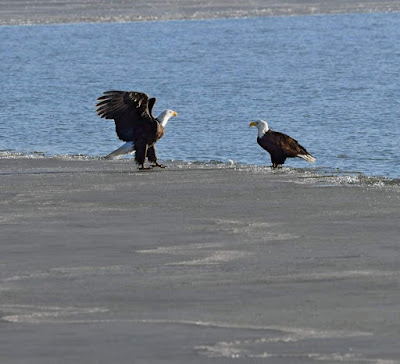 These beautiful birds aren't the same eagles we have here, those are HARD to get a good picture of! These two are a couple we saw in Alaska several years ago. But there are several here who nest in the trees above us and we can hear them calling out asw they soar overhead. I saw a couple soaring around the other day and then one suddenly swooped down towards the dock. It was an absolutely beautiful picture that I wasn't fast enough to capture! 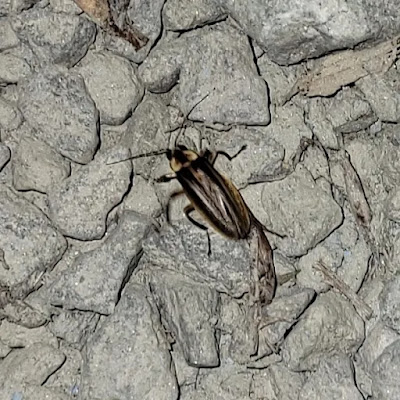 I've never seen fireflies until we came out to the east coast, and then for a few magical weeks, they make the evenings sparkle. We see them all over in the bushes and trees, along the side of the road, twinkling on and off like little stars in the night. We tried and tried to video them, but don't have the equipment or know-how to capture their bright but fleeting little lights. One night, John found one under the boat and managed to snap this photo. Who knew that they looked so much like a cockroach - LOL! 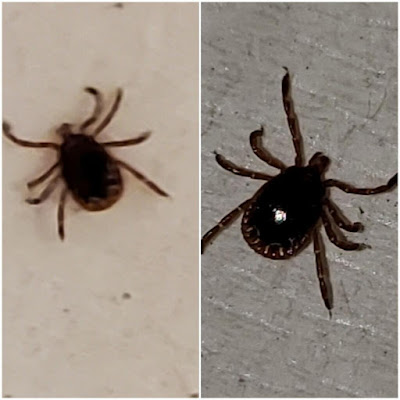 In the same vein of icky insects, John found this creepy crawler on his leg one evening. UGH!! Luckily, no bite!

Moving on to plant life. There are lots and lots of trees, bushes and grasses we don't have in arid Utah. This one, however really caught my eye the other night as we walked by it. I've never seen any berry growing in huge clumps like this on the branches of the plant. Does anyone know what it is? 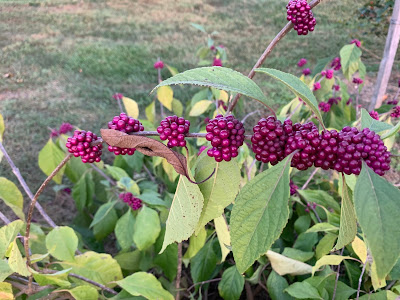 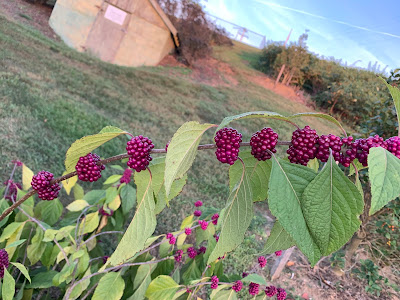 I'll leave you with this beautiful sunset from the other night. 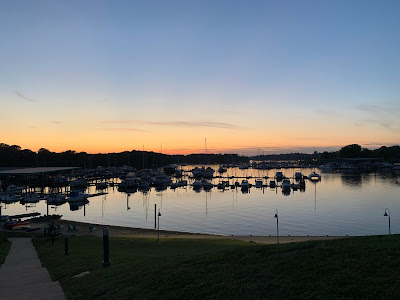