Back for the Boat Show!

This is one of my favorite times of year - the United States Sailboat show in Annapolis.  I love going to the boat show.  So much to learn, see, do, and, of course, buy - LOL.  We aren't really planning on buying much this year, but I have a ton of questions for the Sailrite  (Tent D) people about sewing a screened enclosure and making cockpit cushions.  We need to check into dinghies, running and standing rigging, generators, and galley equipment besides.

I also love meeting up with people we've become friends with and making new friends along the way.  This year a friend I have worked with and his wife will be attending so I'm looking forward to hanging out with them.  It's always fun to turn the corner and see someone that we watch sailing on YouTube.  Last year we met quite a few.  We'll see how this year goes.

This year also marks the third anniversary of the first time we saw the boat we now own.  The first morning of the show we drove into Annapolis early and found the tiny marina where the boat was docked.  We had just flown in that evening/early morning and hadn't had much sleep.  I was tired, cold, and hungry when we got to the boat.  We had been warned that the boat looked rough on the outside and they weren't kidding.  Then we got inside and while it was beautiful inside, I kept bumping my head and shins and just wasn't feeling it.  So I said no - and went to wait in the car to try to get warm.  Several hours later, after I was warm and fed, and after I had bumped my shins and head in a bunch of beautiful new boats, I finally was taught the correct way to go through companionways.  Realizing that the pricey new boats were just as tight of quarters, and sometimes more, as the one we had looked at, I agreed to go back and see it again the next morning.  We found the salesman at the boat show and made those arrangements. 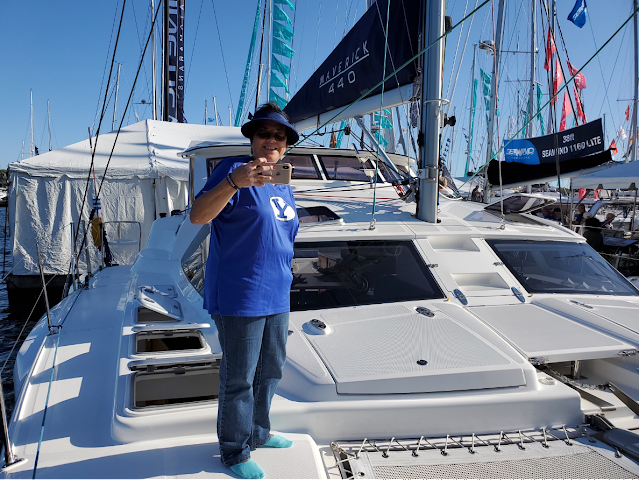 The next morning I had slept well, wore warmer clothes, and had already had breakfast.  The outside was still just as dingy as before, but we knew that was just some good elbow grease and many coats of good paint to fix.  The inside was still beautiful and had many features we wanted in a boat, plus some we didn't yet know we wanted.  I still didn't think we were ready to buy a boat as we had just barely decided on this boat adventure plan, so when John wanted to make a low-ball offer, I was hesitant.  When he told me what he wanted to offer, I was sure no one would sell this boat for that low amount, so I agreed he could make that offer on condition that if they counter-offered, we were out and wouldn't be bargaining. LOL - isn't it funny how things work?  They accepted the offer and just like that we owned a boat. 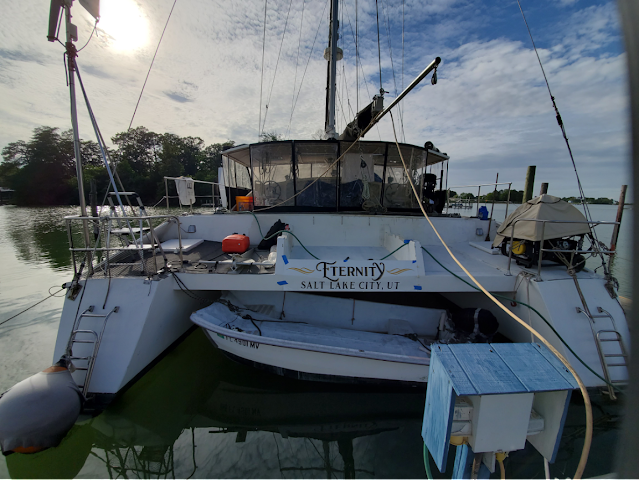 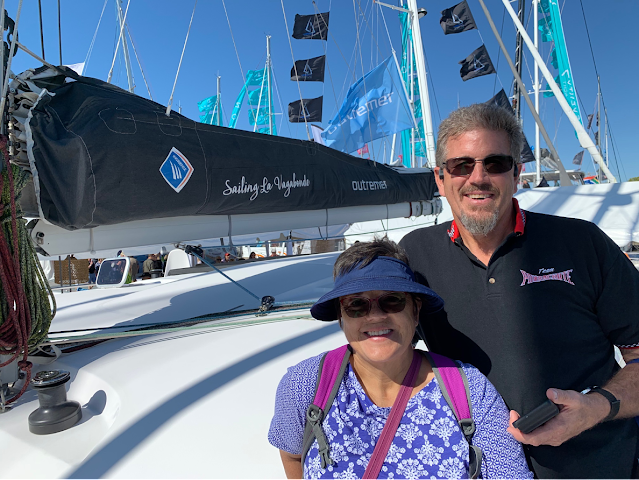 Three years later, with a lot of hard work gone into the boat, I couldn't be more pleased.  I love our little boat and so look forward to getting out here whenever I can.  I haven't been able to do that much this summer due to a klutzy trip and resultant broken finger, plus some other surgery I've had, but I'm out here now and getting excited for tomorrow's opening day at the boat show.  Yes it's supposed to be windy and rainy, so what?  I figure if we're going to live on a boat we will need to be OK with some wind and rain.  SO to Annapolis Hybrid Marine (Dock F2) for our tickets for tomorrow!  Also looking forward to meeting up with Thomas from Just Catamarans (Dock K2), a friend we met at our first boat show all because I was wearing a BYU shirt.  He's a proud BYU-I graduate and a wonderful guy. 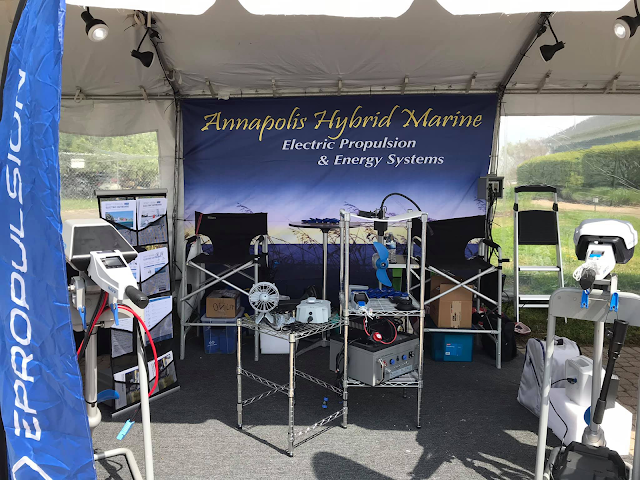 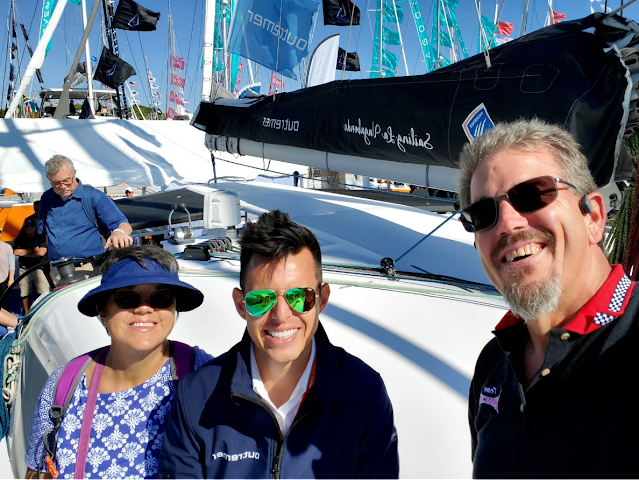 Happy day to everyone!  More to come on this year's boat show after we've wandered around in it for a couple of days!